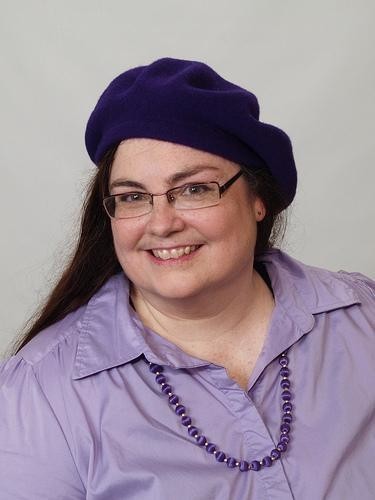 I am Dawn Davidson. I’d like to introduce myself as the incoming Volunteer Coordinator for the San Mateo County Pride Center. I am super excited to be joining the team in this newly created role! In this blog, I’ll be a) announcing our first Volunteer Orientation of 2020, b) giving you a bit of information about myself and how I came to be in this role at the San Mateo County Pride Center, and c) asking for your feedback on how we can strengthen and improve our volunteer program at the Center, in order to make it the most fun and rewarding experience it can be for YOU, our fantastic community members and volunteers.

First — because this is time-sensitive — I’d like to announce that we have a Volunteer Orientation coming up very soon, on Wednesday January 29th, from 7 – 9pm. It’ll be here at the Center, 1021 S El Camino Real. Come meet me and some of the other folks who work for or with the Center. You’ll also receive a general overview and history of the Pride Center, and get some information on some of the roles, times, and places in which you can volunteer. Food will be provided! Please tell us your food considerations on the form when you RSVP: https://bit.ly/3ajdxMAn . We can’t wait to meet you… and/or to get to know you better!

Speaking of getting to know each other better, I’d like to share some of my personal history and how it’s led me to this role at the Pride Center.  It’s been a long process, so this is a little lengthy. But I hope you’ll stick with me (or at least skip to the end to read my request for your input!)

I was raised in a conservative Christian household on the East Coast, but have lived in the Bay Area for the vast majority of my life. Sadly, my mother campaigned against the ERA, and supported Anita Bryant’s anti-queer campaign in the 70’s. (I disagreed strongly with her opinions!) When Harvey Milk was assassinated, I was attending school in San Jose. At that time, queer folk were still expected to be in the closet.  Around the same time, I read Stranger in a Strange Land, a seminal sci-fi novel that sparked my life-long journey in ethical non-monogamy.

I graduated from UC Berkeley in 1984 with a BS in Genetics, where I wrote a paper about GRID, later re-named AIDS. It was also in college that I first understood that I am not straight. (I kissed a girl and I liked it!) After graduation, I worked at Cal for 15 years. Part of my work there was for a professor who believed that AIDS wasn’t caused by HIV, but by “lifestyle” factors. (He never convinced me.) Therefore, I read a lot about AIDS research during 1988 -1992, the height of the AIDS crisis. I’m also a choral singer, and have seen many colleagues affected by AIDS, including my vocal teacher’s partner who died of AIDS in the early 90’s. Queer issues are very real and personal to me, despite a lot of apparent hetero- and mono-privilege.

I am bisexual/pansexual, polyamorous, and Pagan (among other things). I’ve been hosting events and leading discussion groups (mostly for the polyamory community) for over 20 years. In these groups, I’ve often been a volunteer with the support of other strong volunteers. I’ve done polyamory education and activism on a national and international scale for about 2 decades. (If you want, you can still check out the Montel episode on polyamory I recorded in 2005 on YouTube!) Along the way I’ve picked up some certificates in counseling, and launched my solopreneur coaching business, “Love Outside The Box.”

I’m on the International Organizing Committee for the Non-Monogamies and Contemporary Intimacies conference, which had its first event in Portugal in 2015. There I led a discussion based on my daughter’s high school Rainbow Club video about Gender and Labels, presented on Agreements, and heard an elected official state that they felt that this was a ground-breaking conference, and a wave of the future (something I never expected to hear in my lifetime!)

Here in the States, unfortunately, polyamory and other “outside the box” identities are still stigmatized. In the past two decades, I’ve campaigned against Prop H8, and have seen friends lose their housing due to their identities. I also had to fight to get my child back from CPS (Child Protective Services) after some horrifying and inaccurate accusations were made about our family and lifestyle. All this has led me to be part of a political activist project aimed at getting more work and housing protections for all styles of relationship, not just those sanctioned by law and “between 1 man and 1 woman.” (Our efforts in Berkeley have had some limited success, but there are no clear breakthroughs yet.)

A little over two years ago, after 21+ years in San Leandro, I sold my house and moved to San Mateo. It’s hard to describe how difficult this time was for me, and how lonely I felt, separated from my home, my now-adult children, my cat (that I’d had to re-home during the move), and the East Bay community I’d built over the past couple of decades.

In  January of 2018, after installing the Next Door app on my phone (because I was trying to help my elderly mother find a housekeeper in TN!), I spotted the invitation to the Volunteer Orientation at the Pride Center. Since I no longer had a suitable location to host eventsand there wasn’t a lot happening in the polyamory community here on the Peninsula, I figured I’d stop by to learn about the Center and see if might be a place I could hold discussion group.

The first time I walked in the door, I was immediately impressed with the vibrant space and all the friendly people. When I asked about renting space for a group, I was warmly greeted with an invitation to lead a polyamory discussion group myself, as an official volunteer, and for no charge. I was thrilled.

I became a regular at the Center, and sampled many of the groups and events. My first big event was the Intergenerational Dinner in February 2018, which I absolutely loved. I took the Senior Peer Counseling training that May, which for me was part of the onboarding process of becoming a Peer Group leader here. Eventually, Andres and I started the Polyamory Peer Power group in the summer of 2018, which has grown in attendance by 5 times since that first meeting.

In June of 2019, I was convinced to take on a very part time paid “internship” here at the Center. Getting to know more of the community, and working with the team has only deepened my love and appreciation for the Center. I’ve gotten to see at close range the incredibly important work that the Center does on a daily basis, including the joys and also the struggles of what it means to support a marginalized population — and in many cases multiply-marginalized people — in the heart of one of the richest and most expensive counties in the entire country. The work is so very needed… and woefully under-funded.  Every one of the employees here (me included!) is stretched to their limits and beyond. The Center has already, in many ways, outgrown this space that we are in, but there are no funds to get another one that would be bigger and/or more accessible. Even with our successful trip to Sacramento in March of 2019 to extend one of our major grants, there are simply not enough funds to go around.

This is where you, as current and future volunteers, come in.The Center needs YOU. We need your experience, your enthusiasm, your energy, and your time. In order to keep providing the space and the services that you and I have come to love and count on, we simply need more help. There are so many ways that you, our community, can contribute to making this Center the very best resource that it can be. We need people to volunteer for all sorts of jobs big and small, for as little as an hour or two here or there, to as much as a regular weekly commitment. There are tasks needing only minimal training (e.g., organize the craft cupboard… again!), and others requiring more specialized skills and experience (e.g., help our development team locate and apply for grants.) Whatever your skills and available time, we probably have a match for you. You don’t even necessarily need to come in to the Center to contribute, since we have several tasks (e.g., social media updates) that can be done remotely.

I also have a favor to ask of you. As the new Volunteer Coordinator, I’m aware that there’s been a gap in this role, since Kilani left over a year ago. I’ve even heard that some folks contacted the Center and never heard back. I want to extend my own sincere apologies for this lapse, and to personally invite you to reach out again. I am looking for feedback on how we can make the experience of volunteering at the Center the very best for you, our incredibly important volunteers. I have some ideas of my own (e.g., regular volunteer social gatherings, including food!), but I want to hear from YOU. I’d love it if you could fill out the form, whether or not you can attend our Volunteer Orientation meeting, or are able to volunteer at this time: https://bit.ly/3ajdxMAn

You are also warmly invited to write me directly at dawn.davidson@sanmateo.org with any ideas or comments. I don’t yet have a set schedule (nor a work phone), and I’m only on this job 10 hours each week, so please be patient! You can also write to me via the San Mateo County Pride Center Facebook page, where either I’ll see it, or someone will forward it to me.

Thanks again for reading this far, and thanks for your interest in the San Mateo County Pride Center. I am looking forward to seeing you around the Center, and to working with you to make this Center the very best place it can be!